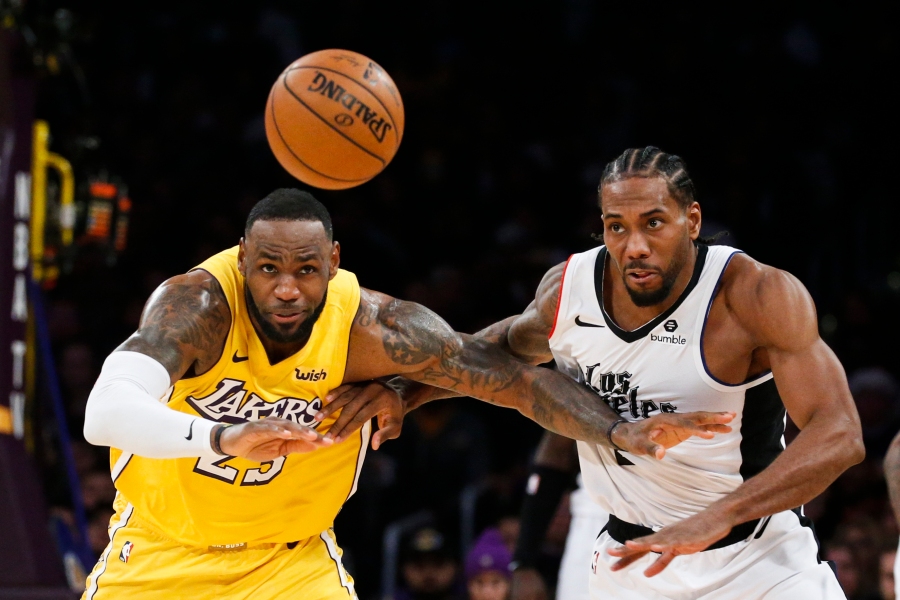 NBA fans are aware of the story-lines behind most games they watch. This can be from player quotes to trade rumours. All of this only makes the game more interesting.

There is something that takes that to another level in sports, and that’s rivalries. In the NBA there are some famous ones that always come up in conversation. Los Angeles Lakers vs Boston Celtics. 90’s Chicago Bulls vs New York Knicks. More recently, Cleveland Cavaliers vs Golden State Warriors.

Rivalries are predominantly formed as a result of intense battles during the playoffs. As Kobe Bryant famously said: “rivalries are made in the playoffs, not in the regular season”.

But what about the Los Angeles Clippers?

Considering that the history that surrounds the Lakers and Clippers, they may have one of the most intense rivalries in the NBA even though these teams have never met in the postseason.

The Lakers and Clippers have met 157 times, with the Lakers winning 103 of those meetings. But as they say, numbers don’t tell the whole story, and when it comes to these two teams, that could not be truer.

The Lakers’ history is well documented: the championships, the glory, the great coaches, the iconic players, and the star-studded crowd that shows up to cheer them on every night.

The Clippers on the other hand have always stood in the shadow of the aforementioned. When the team moved to Los Angeles in 1984 after six seasons in San Diego, the Lakers had won 8 championships, 18 conference titles, and 8 division titles. Furthermore, when the Clippers made the move to LA, they weren’t good. They didn’t make the playoffs until 1991, a season where they saw 3 different coaches on the sideline.

To this point, the word “rivalry” doesn’t exactly come to mind. However, the Clippers started to considerably improve their roster a few years after moving into Staples Center in 1999. By 2010 they had players like Eric Bledsoe, Blake Griffin, DeAndre Jordan, and a decent coach in Vinny Del Negro.

Then, after David Stern vetoed a trade in 2011 that would have sent Chris Paul to the Lakers, citing “basketball reasons”, the Clippers got him. With that trade, the Clippers became relevant again and “Lob City” was born. Along with a rivalry that was beginning to brew.

The Clippers became an exciting team to watch and paired with the fact that the Lakers’ championship years were starting to look like a thing of the past, and with Kobe Bryant’s prime starting to fade, Clipper Nation gained some momentum. The team had a cult following and media attention like never before.

After the vetoed trade, it seems that every time the Lakers and Clippers met, it felt like a playoff game. Every possession was hard-fought, Bryant would be vintage, Chris Paul would be aggressive, and Blake Griffin and DeAndre Jordan would fly to catch lobs. The crowd would be into it from start to finish. From 2011 to 2013, every game was about how Staples Center was still the home to the Lakers, how LA was Lakers County, how Chris Paul and the league would forever regret vetoing that trade, and how Bryant was still the alpha male in town. Regardless of the high-flying Clippers roster.

Then the roles reversed. In 2013 Dr. Jerry Buss passed away. That same year Kobe Bryant tore his Achilles, effectively ending his prime. The Lakers coaching staff became a mess and so did the front office. While the Clippers had some turmoil of their own with the Donald Sterling drama, they came out of it in a better place. They gained Steve Ballmer, and were for the most part an organization on the road to dominance.

After what seems like some back and forth of relevance and talent, the teams finally got on the same page. The Lakers have their powerful combo in Anthony Davis and LeBron James. Along with a commendable supporting cast, including the likes of Danny Green, a motivated Dwight Howard and great vets such as Avery Bradley, Jared Dudley and Rajon Rondo.

The Clippers, on the other hand, have two of the best players in the league in Kawhi Leonard and Paul George. Added to a team that made the playoffs last year and went 48-34 during the regular season without a single all-star on their roster.

So, even though these teams have never met in the playoffs and the jury is still out on whether they have a real rivalry or not. We can all agree that NBA fans will enjoy an intense, star-studded game every time this teams meet.

Luckily, the NBA is back and hopefully, we won’t have to wait long for what will be the first playoff clash between the two LA teams. Maybe, just maybe, after that first one everyone will undoubtedly agree that these teams do have a rivalry and it’s one of the most exciting ones the league has ever seen.

Check out Lakers UK’s podcast The Lake Lake Show on all podcast platforms. Including Apple Podcasts, Spotify, and Google Podcasts.

Lakers UK are proud affiliate partners of Fanatics UK and the NBA Store Europe. We do possess unique promotional codes for both websites that can offer our readers and followers 10% off site-wide through the following weblinks.